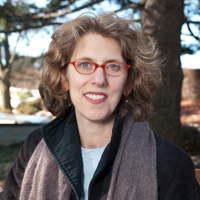 Juliet Schor is Professor of Sociology at Boston College. She is also a member of the MacArthur Foundation Connected Learning Research Network. Before joining Boston College, she taught at Harvard University for 17 years, in the Department of Economics and the Committee on Degrees in Women’s Studies. A graduate of Wesleyan University, Schor received her Ph.D. in economics at the University of Massachusetts.

Her most recent book is True Wealth: How and Why Millions of Americans are Creating a Time-Rich, Ecologically Light, Small-Scale, High-Satisfaction Economy (2011 by The Penguin Press, previously published as Plenitude. More information can be found at julietschor.org.) Previous books include national best-seller The Overworked American: The Unexpected Decline of Leisure  (Basic Books, 1992) and The Overspent American: Why We Want What We Don’t Need (Basic Books, 1998). The Overworked American appeared on the best-seller lists of The New York Times, Publisher’s Weekly, The Chicago Tribune, The Village Voice, The Boston Globe as well as the annual best books list for The New York Times, Business Week and other publications. The book is widely credited for influencing the national debate on work and family. The Overspent American was also made into a video of the same name, by the Media Education Foundation (September 2003).

Schor also wrote Born to Buy: The Commercialized Child and the New Consumer Culture (Scribner 2004). She is the author of Do Americans Shop Too Much? (Beacon Press 2000), co-editor of Consumer Society: A Reader (The New Press 2000) and co-editor of Sustainable Planet: Solutions for the Twenty-first Century (Beacon Press 2002). An essay collection, Consumerism and Its Discontents is forthcoming from Oxford University Press in 2011. She has also co-edited a number of academic collections.

Schor is a former Guggenheim Fellow and recipient of the 2011 Herman Daly Award from the US Society for Ecological Economics. She has also received the George Orwell Award for Distinguished Contributions to Honesty and Clarity in Public Language from the National Council of Teachers of English. In 2006 she received the Leontief Prize from the Global Development and Economics Institute at Tufts University for expanding the frontiers of economic thought. She has served as a consultant to the United Nations, at the World Institute for Development Economics Research, and to the United Nations Development Program. Her scholarly articles have appeared in the Economic Journal, The Review of Economics and Statistics, World Development, Industrial Relations, The Journal of Economic Psychology, Ecological Economics, The Journal of Industrial Ecology, The Journal of Consumer Research, and The Journal of Consumer Culture, among others.

Schor is currently working on issues of environmental sustainability and their relation to Americans’ lifestyles and the economy and the emergence of a conscious consumption movement. She is a co-founder of the Board of the Center for a New American Dream (newdream.org)., a national sustainability organization.

In addition to the foregoing, Schor is a co-founder of the South End Press and the Center for Popular Economics. She is a former Trustee of Wesleyan University, an occasional faculty member at Schumacher College, and a former fellow of the Brookings Institution. Schor has lectured widely throughout the United States, Europe and Japan to a variety of civic, business, labor and academic groups. She appears frequently on national and international media, and profiles on her and her work have appeared in scores of magazines and newspapers, including The New York Times, Wall Street Journal, Newsweek, and People magazine. She has appeared on 60 Minutes, the Today Show, Good Morning America, The Early Show on CBS, numerous stories on network news, as well as many other television and radio news programs.