The House Unity Projects of Hogwarts

The House Unity Projects of Hogwarts at Ravelry began with Ravenclaw filling the Great Hall (discussion area) with crocheted and knit fireworks in the summer of 2011. After that summer, the House Unity Projects became a ritual performed by every House and in every “school rotation” as an expression of House Unity and pride. They have become important collaborative activities which reinforce House membership and pride, bring a sense of belonging to new members, encourage a different kind of interaction between Houses, and contribute to the fictional universe of Hogwarts.

As I’ve blogged about previously, Hogwarts at Ravelry is an online community of over 1,100 members that combines the interests of fiber crafting and Harry Potter. Through crafts, role-playing, narrative, and activities, members help construct a fictional Hogwarts where knitted scarves can function as homework assignments and members score Quidditch goals by crafting miniature team sweaters and hats.

Although most of the activities are offered on a standard schedule – such as classes, weekly challenges, magical creatures, and Quidditch –  members may also suggest new activities as well.  In fact, such suggestions are often rewarded with bonus points from the Headmistress (leader of the group). The new activities bring new challenges and excitement to the group, so they’re often eagerly embraced by moderators and members alike. In addition to the chance for more collaborative activities and chances to interact with other members, the Headmistress typically allows these activities to offer points and badges to reward participation.

The House Unity Projects started as a suggestion in Ravenclaw’s Common Room.  A Ravenclaw member proposed a group project for the House, and she described it as a “prank if you were.” She listed several ideas including kidnapping another House’s mascot and holding it for ransom, making an item to donate to charity, and setting fireworks down the Great Hall at dinner. “Then whatever we choose, we hand it in at the same time for effect. It’d be the first individual group unity event to happen!”

Ravenclaws loved the idea and chose to do fireworks. On the day of their prank, Ravenclaws filled the Great Hall of Hogwarts with images of colorful crocheted stars, shooting star bookmarks, and exquisite lace doilies. The same narrative was posted by each member, tying all of the projects together. 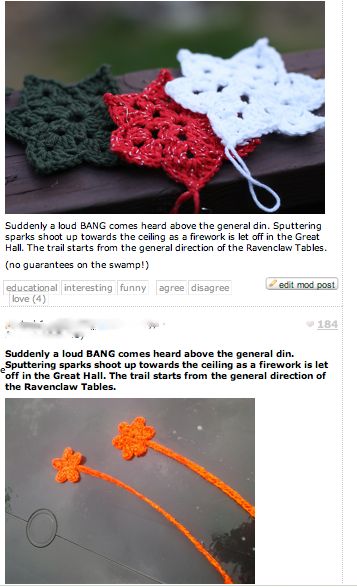 Figure 1: Ravenclaws posted images of their crafted fireworks with the same narrative tying all of the projects together.

As the fireworks continued to be posted, the Headmistress joined in the role-playing by shouting for Filch, the caretaker of Hogwarts in the Harry Potter series. Members of other Houses were drawn to the activity in the Great Hall and complimented the Ravenclaws on their beautiful firework displays. Finally, after the fireworks were done, the Headmistress gave Ravenclaw 50 points for their unity project. 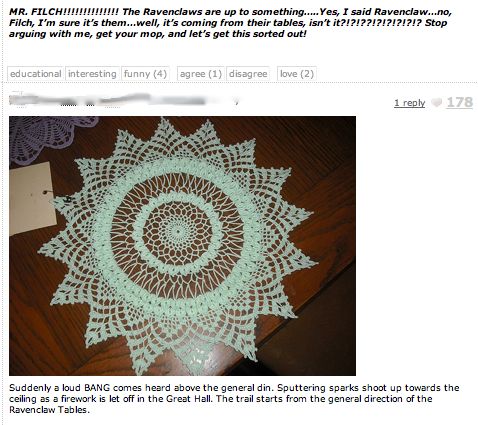 Figure 2. The Headmistress joined in the firework display with her own role-playing and calling for Filch, the Hogwarts caretaker.

Within a few short months the House Unity Projects had become a standard event for each rotation, though it was always a surprise as what, when, and where each House would choose for their project. Slytherin invaded the Ravenclaw Common Room with snakes (and Ravenclaw fought back with images of eagles, their mascot), the Headmistress’s office was filled with breakfast items in her honor, and Ravenclaws hid eggs throughout the castle for a grand egg hunt. At the beginning, each House was awarded 50 points for their unity projects, but before long the Headmistress was giving each participant extra points.

The Headmistress recognized that the House Unity Projects had come to serve an important role at Hogwarts in deepening the bonds between House members and encouraging participation for new and inactive members.  With over 1,100 members (over 800 when the House Unity Projects began) and many activities ongoing, new members often feel intimidated upon first joining Hogwarts at Ravelry. New members are sorted into the four Houses of Hogwarts, which provide members with a smaller “family.” But even within the House, many new members silently lurk, and many admit they are just unsure where to begin with the activities of the group. The classes of each rotation are explicitly laid out, but often involve following links to read resources, writing short essays, as well as crafting items within a specific time period that must be narratively tied to the assignment. New members often feel intimidated at coming up with the “right” creative narrative between an item and the assignment, knowing how much to write for the written response, or even properly interpreting the assignment.

The House Unity Projects provide an easy and laid back introduction to activities that encourage new members to participate. Since the House Unity Projects often involve things that are quick and easy to make, they also encourage inactive or less active members to return, even if only temporarily. At the beginning of each rotation, the Head of House (moderator) tags all of their House members in a message about the House Unity Project, alerting them as soon as they log into Ravelry about the post. Members then pitch and vote on ideas to do for the project, providing participants a sense of ownership over the activity that they do not often have for the other activities of the group. Once the theme and date are decided, House members then share patterns that might work for the theme, post reminders about the date, post the narrative that everyone will use for their projects, and provide support for everyone who wishes to participate. Because all of it takes place within the House common room, rather than a more “public” room of the larger Hogwarts group, members often feel more comfortable asking for help and trading ideas.  This level of support and guidance is not present as often in other activities of Hogwarts, and helps the new and inexperienced members feel confident in participating in the House Unity Projects and emboldened to participate in other activities afterwards.

The activity also helps members of the House feel more close-knit, deepening their social connections and encouraging them to participate more in the group. In the House Unity Projects, members of a House have an activity that is just theirs. It is something that they came up with, planned, kept secret from others, and carried out together. Members laugh and cheer each other on as they “invade” the common room of another House or launch fireworks in the Great Hall. Members feel like they truly are in a House at Hogwarts, conspiring with their housemates.

The House Unity Projects also serve as a new, and different, way for the Houses to interact with each other. For many members of Hogwarts, their primary interactions with other Houses are in the “classes” each rotation or in the Quidditch “games” that happen between rotations. House Unity Projects, however, allow Houses to invade one anothers’ common rooms to carry out pranks, hide eggs, give peace offerings, or show their House pride or support for each other in the common areas. Houses see a different side of one another than they see in the other activities, and the House Unity Projects open up conversations that may not happen elsewhere.

In short, the House Unity Projects have become an important activity at Hogwarts at Ravelry that have a low barrier to entry due to the level of support and ease of participating but serve important social functions for the group. The collaborative activity reinforces the shared purpose of each House, motivates members to participate, help members feel comfortable participating in other activities, and offers new ways for members to interact. Although the other activities of Hogwarts at Ravelry serve many of the same functions, the House Unity Projects’ ease of participation and level of support distinguish it from the other activities.