Some of the characteristics of connected learning environments are that they allow for full participation and aim towards equity in their participation.  As we have seen with the fibercrafting community of Hogwarts at Ravelry, the group actively works to keep the group open to and welcoming of members of all backgrounds, setting a low bar for participation in activities and membership in the group. Through member interviews, an interesting theme that has emerged for some Hogwarts at Ravelry members is how the group has enabled and fostered their participation in their fibercrafitng interests and in the community despite physical or health challenges. 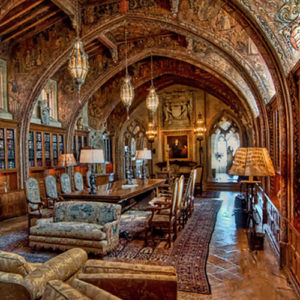 Figure 1. An image used to decorate a Hogwarts at Ravelry House common room; members use images to support the role-playing feel of the group and to help the Houses feel inviting and “homelike.”

Several members of Hogwarts at Ravelry pointed out that the online nature of the group allowed them to pursue their fibercrafting interests when struggling with health challenges that restricted them to their bed or house, making participation in local groups difficult or impossible. For these members, Hogwarts at Ravelry and other Ravelry groups have been important sources of friendships, shared purpose, interest-driven activities, motivation, and resources related to the interest. Without Hogwarts at Ravelry, these women may not have been able to find a “home” for their fibercrafting interests.

One of the earliest members of Hogwarts at Ravelry discovered the group when she was on bedrest during a pregnancy. Her immobility was temporary, but the online community allowed her to pursue her fibercrafting interests, make several close friends, and even learn to knit. In another Ravelry group, she also found a local crocheting group, allowing her to meet and join an online community that she could also physically participate in once she was mobile again.

I just kind of was searching the internet for different things about crocheting, because it was something that I could do while laying in bed.  So I just was doing internet searches and I came upon Ravelry and checked it out and thought it was really cool.  And then I started joining groups and things, and it led me to Hogwarts.  It also led me to my local “Stitch ‘n Bitch” group.

Another Hogwarts at Ravelry member was incapacitated after a knee injury and spent ten months recovering. With decreased mobility and unable to work, she found community online, where her immobility didn’t matter, and she also worked on her crochet and knitting skills while producing gifts for others:

I fell and dislocated my knee. The doctor sent me to a surgeon type who said I’d be in physical therapy for 3 months, then surgery, then 15 weeks of NO WALKING. Needless to say, both my involvement with online communities and my knitting skills increased considerably in those 6 months. I wasn’t actually allowed back to work for 10 months, by the end of which, nearly everyone I knew had a knitted hat or crocheted stuffed animal of their very own. Made by Me. 🙂

For this member, the online communities became a powerful source of production and learning related to her popular interests of the show Firefly, the movie and book series of Harry Potter, and the fibercrafts of knitting and crochet.

One of the moderators of Hogwarts at Ravelry pointed out how she actually joined Hogwarts at Ravelry when she was unable to knit due to medical reasons, but she still found a home in the group. Although the group is founded on the shared purposes of Harry Potter and fibercrafting, it also includes community roles for those unable to participate as extensively in those interests. This member joined the group when she was not knitting, but the group still welcomed her and found a role that allowed her to participate in and contribute to the community.

I waited for awhile to be sorted [into a Hogwarts House] because at the time, I was not knitting due to medical reasons but I decided initially to join the group anyway just to ease my way into participating. I volunteered to be Group Guide and to be a Ravenclaw Leader because I wanted to give back to a group that has really given me so much over the last year.

For this member, Hogwarts at Ravelry welcomed her when she was unable to knit but it also became an important source of physical rehabilitation as she began knitting again. The production-centered and interest-driven activities and community of Hogwarts at Ravelry helped motivate her return to crafting, allowing her to proceed at her own pace but supporting and encouraging her to keep going:

Hogwarts at Ravelry has been such a great experience for me. I love how supportive and encouraging everyone is towards one another- it really was the perfect group for me to join as I was getting back into knitting after my surgery. No one judged me for only making small projects or using acrylic yarns (which my local knitting group can be real snobs about). Having deadlines (especially short ones like the weekly challenges) really encouraged me to knit a little bit each day so that I could build my knitting stamina back up again.

From these members, we are able to see how important it is for online connected learning environments like Ravelry groups to allow participation from members who may have  health or physical challenges that prevent them from participating in local groups. These groups provide a space where such challenges become nearly invisible, allowing members to learn and advance their interests, produce goods, and be a part of a community. For some members, the groups become an important source of motivation and resources, even offering physical benefits as members slowly recovered and gained strength in their hands after surgeries or medical conditions. We are also able to see how the flexible design of Hogwarts at Ravelry can accommodate and embrace even those members who are unable to fully participate in the fibercrafting aspects of the group, carving out or offering roles for participation that are not tied to fibercrafting production. Of course, the benefits of such flexibility are not just for the members who are facing temporary or permanent physical challenges. By offering a space where anybody can participate, the community grows in diversity – of age and life experiences. Members are able to learn from and participate with a broad range of others, ranging from grandmothers who are homebound with medical conditions, mothers on bedrest, and college students recovering from knee surgery. Even those who feel very shy or introverted and do not feel comfortable participating in local groups are able to find a home.  Online connected learning environments, through their ability to be flexible and welcoming to all, benefit from and become a home for members of all backgrounds to pursue and advance their interests, learn, and participate in communities of like-minded individuals with whom they share a purpose and passion.